Homemade Naan - made on a tawa 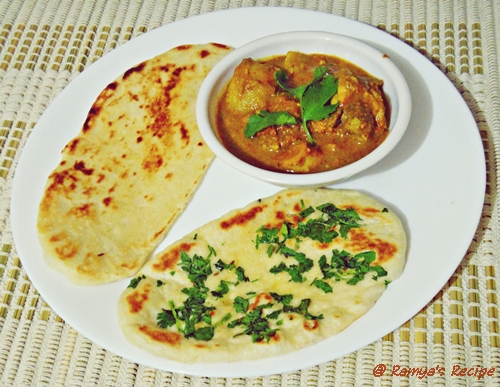 Homemade naans were on my 'to-do' list for a long time now. I had bookmarked this recipe from Manjula's Kitchen and it was hiding somewhere in the long list. One day while we were planning what to make for dinner, my mother asked if I  have made naans at home before.  Thats when I remembered this easy recipe .The naans were so soft, much better than the ones served in most restaurants. In the original recipe, the naan is cooked in an oven, even I wanted to try it the same way. While the oven was pre-heating, I just tried making one naan on a tawa. I made 2 of them in the oven and rest on the tawa. I must say that we found the tawa ones were much easier, softer and tastier.

So here comes the recipe, enjoy naans at home now !

1. Mix the yeast in luke warm water and keep aside for 10mins till it becomes frothy.
2. Add maida, sugar, salt and baking powder in a bowl and combine well.
3. Add oil and yoghurt to this mix and combine well to form a crumbly mix.
4. Add the yeast water and knead to form a very soft dough. Cover the bowl with a lid and keep it for 2-3 hours till the dough almost doubles.
5. Knead the dough a little more and make 6 equal portions. Roll out each portion to thin oval shape. I rolled them on a plastic sheet to make it easier.
6. Heat a non stick pan / tawa and when it is really hot, transfer the naan. When it starts puffing up, flip over. Cook on both sides till brown.Brush a little butter on top.

This post is dedicated to my mom.. When she comes to stay with me, she takes over the kitchen and I get some rest. So, this time I wanted to make something special for her. This post goes to Nupur's lovely event 'For U, Mum' 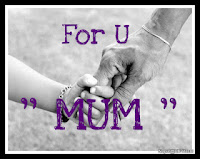 Also sending this to Celebration of Indian Food by Lisa

Inspired me with their comments... 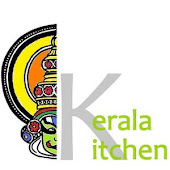 Looking for a recipe ?

Get recipes in your Inbox